What is an Activity Feed?

Your complete cheat sheet for all things activity feeds. Here, we outline the definition, benefits, use cases, and best practices of activity feeds, and ways you can easily integrate this vital functionality into your own platform. 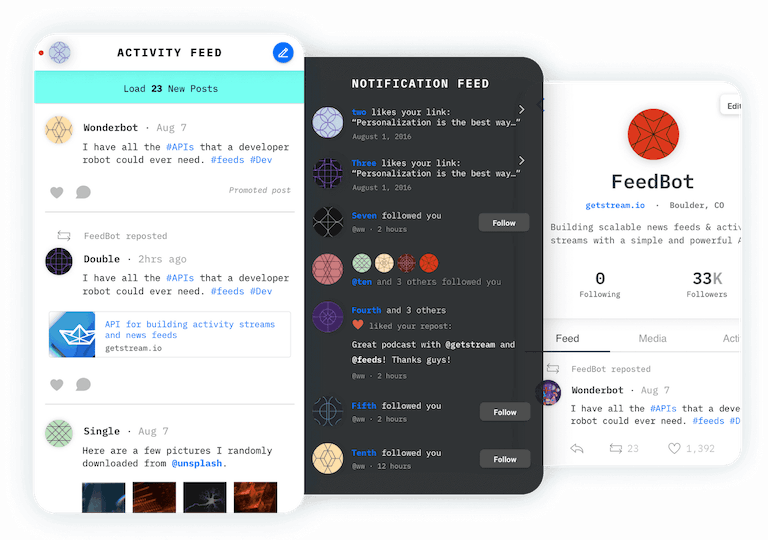 It should be no surprise that some of the world’s most popular apps contain an activity feed as their core functionality.

This comprehensive guide is a crash course in activity feed types, activity feed benefits and best practices, and real-world activity feed examples and use cases. We’ll also explore how you can quickly integrate a feed into your app using best-in-class APIs and developer-friendly SDKs to get your product up and running quickly.

What is an Activity Feed?

Sometimes called a newsfeed or activity stream, an activity feed is a real-time list of actions performed by users on an app or website. Activity feeds display information from a user’s online community such as likes, follows, comments, posts, and content shares.

Feeds are an effective way for apps and websites to keep users engaged in their platform and motivated to interact and connect with others. Activity feeds positively impact an app or website’s key performance indicators such as retention rates, session length, engagement, and overall user satisfaction, making them a vital software component for community-centered platforms such as social apps like Facebook and Instagram, and professional tools like Microsoft Teams and Hubspot.

Feeds can also list content according to different sorting hierarchies. When using a feature-rich activity feed API, app owners can choose how content is populated on each feed to deliver content to their users in the way that makes most sense to their specific use case. These sorting options broadly include:

Activity feeds are the cornerstone feature of many top apps, and platforms featuring a feed enjoy benefits that range from greater user engagement and connected communities to real-time analytics and predictable user habits.

Feeds power key metrics that matter to app owners. Studies show that users of apps with activity feeds are nearly three times more likely to stay in an app longer because they feel a sense of community or belonging. Engagement metrics in particular such as time in app, session interval, retention, and active users improve with a feed integration. For instance, after integrating the Stream Feeds API, Stream customers saw their user engagement increase by an average of 66% and user retention increase by 58%.

Such impressive statistics indicate that feeds are an invaluable feature because they have significant positive impact on an app or website’s success.

Activity feeds enable platforms to have a continually updated stream of user-generated content, which allows users to consistently enjoy interesting new posts to view and engage with. Feeds that are custom ranked or personalized using machine learning in particular facilitate new content discovery, which makes opening an app exciting.

Activity feeds offer app owners and marketers a goldmine of rich engagement analytics that can help decipher the actions and motivations of their users. Engagement events such as posts, updates, shares, and search queries provide insights into content that best resonates with an audience. These analytics are particularly helpful in verticals such as virtual events, where user engagement with a presenter’s posts can indicate attendee satisfaction with that topic.

Activity feeds help users form predictable, daily-use habits that can influence an app’s financial success. Habitually checking a newsfeed for updates — and discovering new relevant content — is rewarding, and encourages users to keep coming back to your app for the long term.

Predictable user habits also lay the foundation for app monetization, such as in marketplace use cases.

The success of your app’s feed is contingent on its UI/UX. Activity feeds are interactive, and users must instantly know how to scroll through the feed, post updates, and comment, like, and reply to posts. Implementing design best practices can help you get the most out of feed functionality.

App users should quickly understand how to interact with your product’s feed. A simple design aesthetic that reduces clutter can clearly guide users to engage with content. A simply designed feed can mean removing redundancies, choosing typography that prioritizes readability, embracing abbreviations for minimal text, and focusing engagement controls (such as like, comment, and share).

When a new user enters your app, avoid displaying a blank feed, as it provides little value to onboarding first-time app users. Rather, ensure your users can immediately start engaging with a feed by designing a “who to follow” board. This is an ideal way to encourage your app audience to construct their unique feed. Follow suggestions or sidebar content ensures that new users follow highly engaged members of your community.

If your app is integrated with a popular social media app such as Facebook, try populating a user’s feed based on their existing Facebook data that includes interests, friends, follows, and likes.

If you already have an engaged audience that uses your feed, be wary about making sudden design or organizational changes, as this may upset your user base.

For example, several years ago Strava changed their chronological feed ordering to algorithmic sorting, sparking confusion from users who were used to viewing their friend’s activities based on time and date. (After user feedback, Strava later added back in the option to view feeds chronologically.)

It is ideal to establish the hierarchical feed organization at your app’s launch, rather than change it later on.

Nearly every industry can benefit from an activity feed integration. Here are examples and use cases of feeds in several different key verticals, including edtech, fintech, health and fitness, and social networking. All of the following examples help engage app users and encourage them to return to the app more frequently.

K-12 school districts in the U.S. spend upwards of $8.4 billion on edtech software each year. But according to a Glimpse K12 study, nearly 67% of the software licenses go unused. This troubling statistic underscores the need for more engaging edtech solutions that teachers, students, and parents alike are motivated to use to keep curriculum and work on track. Edtech software with an integrated feed enables students to view assignment announcements, ask questions, confirm their work was submitted, and receive kudos from teachers and peers. 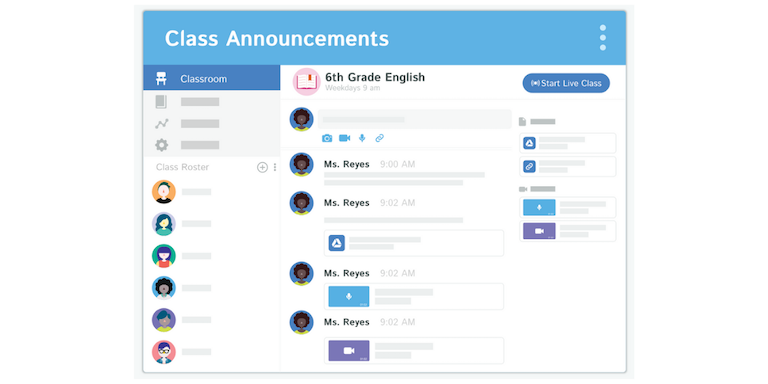 More than a simple payment app, Venmo brings sociality into online transactions with a feed that allows users to broadcast their payments and social connections. This public payment method is a key driver of Venmo’s success, as it facilitates repeat app use and adds a level of user connection. “Nearly every major social media platform has tried — mostly unsuccessfully — to do money,” explains Lana Swartz, author of the New Money: How Payment Became Social Media. “And increasingly, financial technologies and banks are trying to look more like social media.” Venmo’s flat, chronological feed is a simple, easy-to-understand feed that encourages dynamic content use such as emojis. 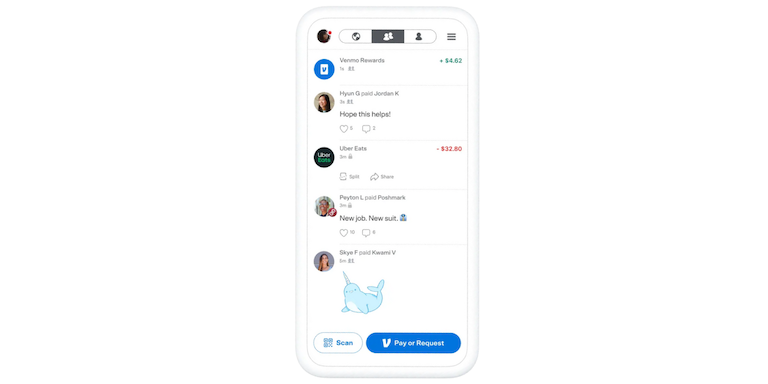 Ample research suggests that people are more motivated to exercise and eat mindfully when they have community support, and health and fitness apps with feeds are prime vehicles for such social connection. 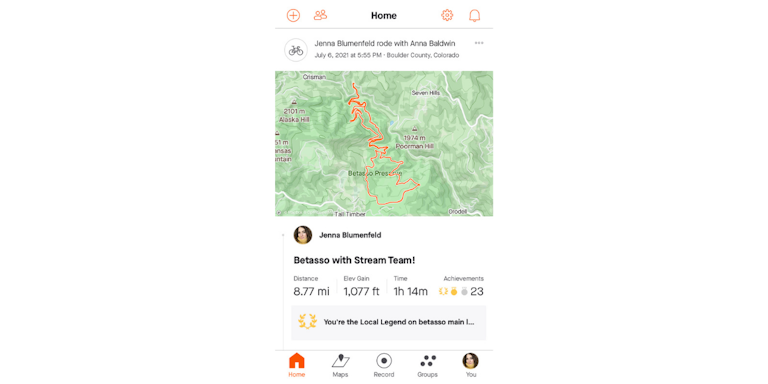 Feeds are a core functionality for social media apps of all ilk, one of the most popular being the photo-centric Instagram. Instagram’s personalized feed leverages machine learning to populate new and relevant content to users in order to keep audiences scrolling. 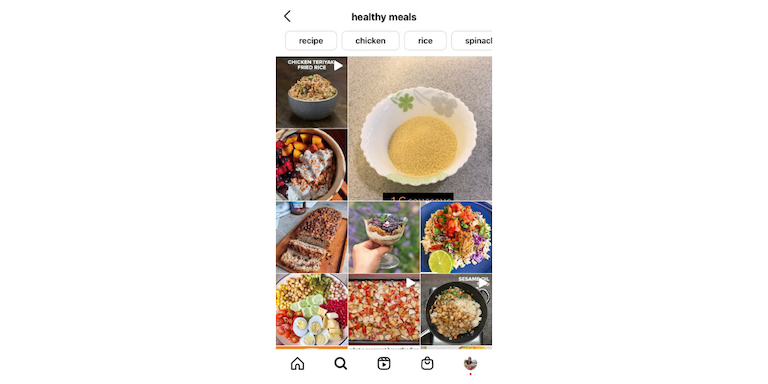 Tutorials: How to Integrate Activity Feeds

Developers can either build a feed themselves (often called building “in-house”) or buy a best-in-class feed API from a reliable tech provider.

The following tutorials showcase how to build a feed using the Stream Activity Feed API, a component that is trusted by enterprise clients and more than a billion end users.

Building a feature-rich feed from the ground up can be a challenging undertaking that requires ample dev resources. Even websites and apps that pioneered the modern feed in social media originally had issues scaling their feeds. (Rest in peace, Twitter Fail Whale, a cute whale drawing that represented Twitter’s frequent service outages.)

Adding a feed to your app doesn’t have to be a headache. Whether you’re launching your MVP or elevating your existing product’s community platform, Stream’s Feeds API and developer-friendly SDKs (available in React, React Native, iOS Swift, and Flutter) can provide a lightning-fast, reliable feeds option. Explore the Stream Activity Feed API today.