XMPP remains a critical framework for chat and messaging applications 20+ years after its launch. Here’s how it works. 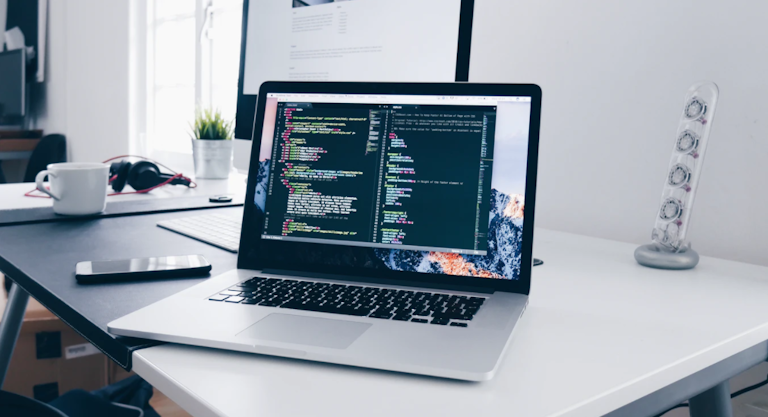 Today’s internet landscape is practically unrecognizable compared to the 1990s, when AOL, MSN, GeoCities, Hotmail, and other long-gone services reigned supreme. But if you look underneath modern user experiences and the compact, high-tech devices that deliver them, you might be surprised to find that some core backend functions remain relatively unchanged. One constant across all this time has been XMPP, the open protocol that came to define instant messaging standards in the late 1990s and early 2000s.

XMPP is still widely used today, powering messaging giants like WhatsApp. And even if you’re looking to build a chat app that doesn’t use XMPP, a high-level understanding of this classic protocol can help you consider architectural decisions for your project and account for all of the baseline capabilities that chat users have come to expect. Let’s take a closer look at how XMPP works and what makes it unique.

Looking for a more hands-on tutorial? Learn how to code a basic functioning chat app in minutes using our interactive chat demo→

What is the Extensible Messaging & Presence Protocol (XMPP)?

Short for Extensible Messaging and Presence Protocol, XMPP is an open standard that supports near-real-time chat and instant messaging by governing the exchange of XML data over a network.

XML, or Extensible Markup Language, provides a framework for storing and organizing plain text data within documents so that the data can be easily interpreted by a wide variety of network endpoints regardless of their hardware or software configuration. XMPP allows XML data, in the form of short snippets called stanzas, to be reliably sent from one endpoint to another using the internet’s Transmission Control Protocol (TCP), passing through an intermediary server along the way.

The Internet Engineering Task Force (IETF) standardized XMPP in the early 2000s in a series of publications, most notably RFC 6120, RFC 6121, and RFC 7622. The newer RFC 7590 expands upon XMPP, allowing for the use of Transport Layer Security (TLS) encryption with XMPP messaging. RFC 7395 allows for the creation of WebSocket bindings for XMPP. If you need to double check specific guidelines about how to implement XMPP for your specific use case, these documents are the authoritative source.

For more detail, let’s break down the meaning of each word in the protocol’s name:

An extensible protocol is designed to evolve, with new contributions — or extensions — contributed by the community and implemented by users as needed. Rather than repeatedly rebuilding the core of XMPP, its users and the XMPP Standards Foundation (XSF) maintain a “clean” core and continually improve and add to a long list of extensions. XMPP’s extensible nature as a living open-source project is one reason the protocol is still widely used and considered secure and efficient more than 20 years after its initial launch.

The messaging part is relatively straightforward: XMPP allows two clients to exchange text messages in near-real-time. Unlike other web-based messaging services in which the client is constantly polling the server to check for new messages, XMPP conserves bandwidth and ensures fast, chronological message delivery using an efficient push mechanism initiated by the sending machine.

If you remember away messages from AOL Instant Messenger (AIM), you already understand the concept of presence data. In addition to exchanging messages, XMPP can communicate user state (status) information like online, offline, or online but away/inactive.

A protocol like XMPP establishes a standard structure or methodology for doing something, so that all involved parties are on the same page. A protocol is not code or software; rather, it sets expectations and technical baselines so that various hardware and software components can interact coherently.

In an instant messaging use case, XMPP and XML handle most or all of the fundamental tasks we’ve come to take for granted. These functions include:

XMPP emerged in 1998 as the framework behind Jabber, an open-source, decentralized instant messaging alternative to now-defunct proprietary chat services like AIM and MSN Messenger. Jabber community member Jeremie Miller is credited with developing the original protocol, and in its first few years of life, people commonly referred to XMPP as simply the “Jabber protocol.” Because of XMPP’s flexibility as an open and extensible standard, though, it was adopted broadly outside of Jabber. When the IETF officially standardized the protocol in the early 2000s, it adopted the XMPP name, which is more technically accurate given the protocol’s nature and use cases.

The following core characteristics set XMPP apart from other chat and messaging services past and present.

As mentioned above, XMPP works by passing small, structured chunks of XML data between endpoints (clients) via intermediary servers. In other words, if you send a message to your friend using XMPP, that message, as part of an XML document, first travels to a server instead of traveling directly to your friend’s device. Each client has a unique name, similar to an email address, that the server uses to identify and route messages. XMPP provides a uniform way for each client to contact the server, keeping expectations consistent between machines.

Traditionally, XMPP establishes connections between client and server using the internet’s Transmission Control Protocol (TCP). These are persistent connections, so they don’t need to be reestablished each time a new message is sent. In this sense, XMPP establishes an XML stream, enveloping the free exchange or XML data between two entities. Some newer XMPP extensions use WebSockets and/or TLS encryption as well.

XMPP lets users’ devices send messages asynchronously, meaning you can send multiple messages in a row without waiting for a response, and two users don’t have to be online at the same time in order to message each other. Messages are sent as XML stanzas — individual units of information that include the message body as well as key info like the sender’s unique ID, the recipient’s unique ID, and other metadata.

In many other client-server systems, the client (user device) repeatedly pings the server to ask if there’s any new information (messages) to download. This process, known as polling, happens on a timed interval — say, every 30 seconds — so it doesn’t offer the “instant” experience of near-real-time communication. It can also use up extra bandwidth. XMPP messaging works the opposite way: Instead of the client pulling data from the server, it pushes any new message from a user to the server, and then from the server to the recipient’s device.

XMPP is decentralized, meaning that anyone can spin up, maintain, and operate their own XMPP server either on-premises or in the cloud — there’s no “official” XMPP server out there somewhere. In this way, XMPP is similar to email. A proprietary service like Gmail will have its own centralized servers, but anyone who wants to create their own email system is free to do so using the Simple Mail Transfer Protocol (SMTP), which is similar to XMPP (but used for email).

Gateways to Other Chat/Messaging Protocols

Another powerful feature of XMPP is its ability to interact with other protocols, connecting to networks beyond where the original message originated. For example, an XMPP network could have gateways to a Short Message Service (SMS) domain to relay messages to mobile phones, to an SMTP domain to deliver aggregated messages via email, or to a different instant messaging protocol like Internet Relay Chat (IRC).

Benefits of XMPP for Chat & Messaging

As a widely adopted open protocol standardized by the IETF, XMPP has been proven reliable and adaptable by a huge community of users over more than two decades. Its extensible nature makes it an ideal intermediary between less flexible protocols, and it’s now implemented for a variety of use cases beyond peer-to-peer messaging (more on that below). Here’s more on the benefits of XMPP:

With thousands of XMPP servers online, hundreds of developers working with XMPP, and millions of end users supported, the core protocol and its more fundamental extensions have been proven to withstand the tests of time and stress.

Want to learn more about what it takes to make an app scalable and reliable? Check out our engineering team articles on scalability.

The classic Two Generals Problem explains how, in a situation where two endpoints send each other messages that must travel through unreliable territory (in this case, a network or the internet), no number of confirmation messages can ever give each endpoint total confidence that each message sent has been received. But by establishing a persistent connection over TCP, XMPP mitigates this uncertainty to a degree. When an XML stanza arrives, the recipient can be reasonably sure that any preceding stanzas in the continuous stream have been pushed along to arrive with it.

Support for Many Languages

Broad adoption and a long lifespan have also resulted in a wide range of XMPP libraries and supported languages, so developers are likely to find a match for their environment and expertise. XMPP libraries exist for languages including C, C++, C#, Ruby, Java, Python, Perl, and others.

As an open protocol, XMPP decentralizes development and allows for many different types of implementations that can be easily connected with each other. Anyone can build their own client, server, and library setup and distribute it as a free or paid solution.

The Future of XMPP: Beyond Traditional Messaging

As mentioned above, XMPP has been proven reliable for a number of types of communication outside of the traditional peer-to-peer messaging and presence use case. The framework can support multi-user team chat applications, and even transmission of non-text data like audio, video, and images. Some VoIP (Voice over Internet Protocol) phone systems use XMPP, along with internet of things (IoT) devices like smart appliances and smart home fixtures that require machine-to-machine communication to function. Certain types of computerized industrial manufacturing equipment also use XMPP for communication.

The XSF is working to develop extensions that will support true end-to-end encryption, as well as better adaptations to accommodate sensor and actuator devices in machine communication use cases. And while some developers imagine replacing XMPP with Representational State Transfer (ReST) and JSON for many use cases, the sheer volume of existing XMPP implementations and users ensures that the protocol will be around for the foreseeable future.

When it comes to developing modern messaging platforms and in-app chat functionality, XMPP is just one option available to engineering and product teams. It’s worth familiarizing yourself with a variety of protocols and approaches so you can choose the path that will be most efficient and effective for your specific use case and requirements. For example, a multimedia live streaming app with real-time chat will require different tools and a different approach than a live chat solution designed for sales or customer support.

But that doesn’t mean everyone on your team has to be a chat development expert in order to ship a great product. Modern developer tools make it easy and cost effective to build custom chat and messaging functions on top of a reliable, enterprise-grade foundation instead of reinventing the wheel. Ready to start tinkering? You can build out the framework for your own chat app in minutes with a free Stream Chat trial and our library of technical tutorials.