React Native is known today to be one of the highest performing cross-platform frameworks, saving developers time and money by using a single source code to support multiple operating systems. This framework will play a significant role in the future of hybrid mobile apps, which is why Stream did a major revamp of its React Native SDK. 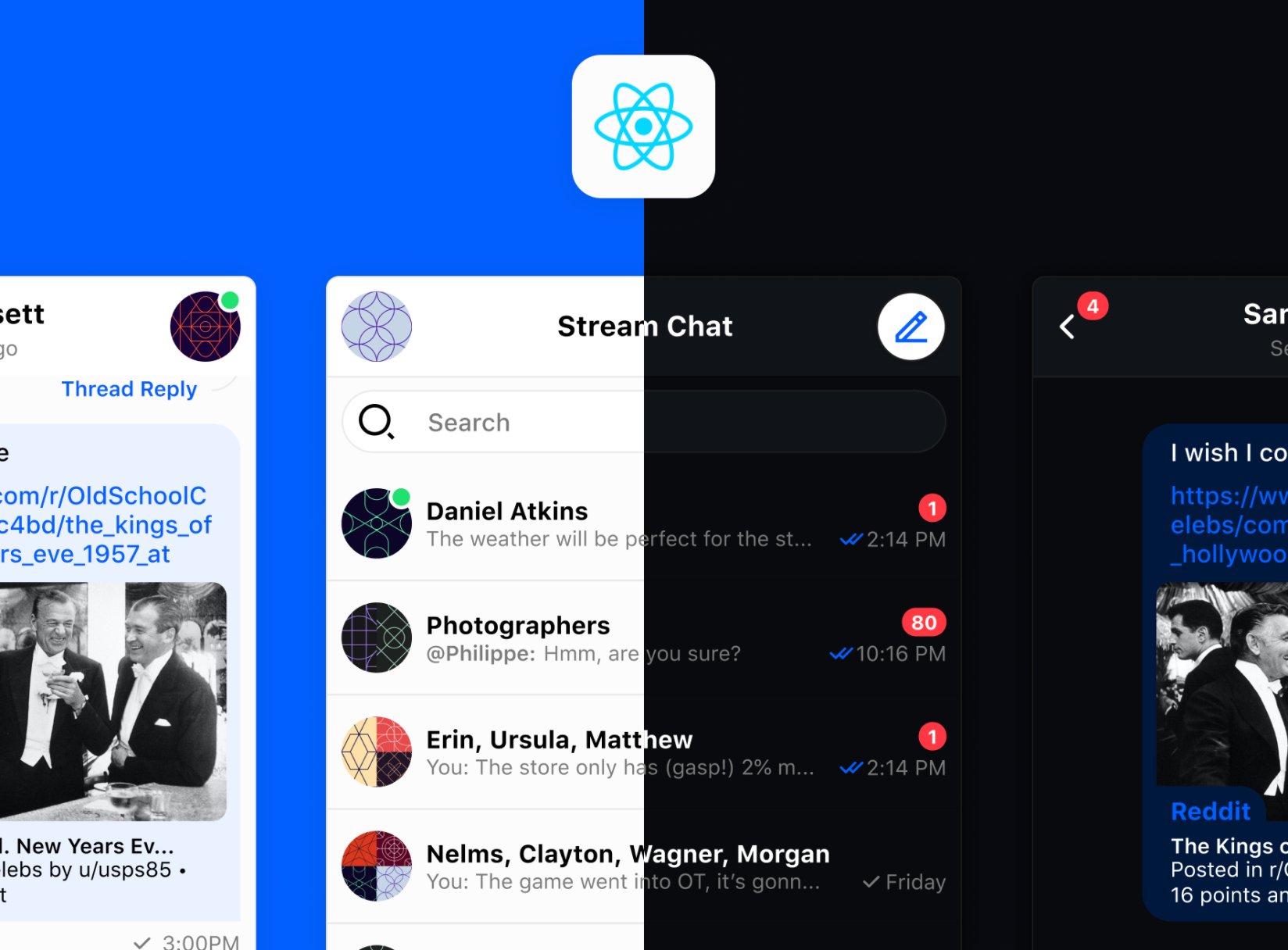 Version 3.1.0 and the new sample apps come with many groundbreaking changes to make it even easier to build in-app chat like iMessage, Telegram or Slack. The improved SDK takes advantage of React Context along with many popular community libraries such as Reanimated V2 to deliver the most performant and feature-rich chat experience.

We have prepared a visual guide to help you navigate component customizations. Additionally, here is the overall cookbook for this new version of Stream’s React Native SDK to help you make the most of the improvements.

Stream recently closed its $38 million Series B funding round, arming our team with more resources to enhance the easiest-to-use, feature-rich and reliable solution for building in-app chat. Over the past year, developers have been turning to Stream’s Chat SDKs to create seamlessly scalable messaging experiences to keep up with the market uptake of in-app chat as it became the dominant medium for day-to-day communications. As the need for in-app chat functionalities increase, we are ready to help you drive in-app conversion, engagement, and retention.