Exceptional Customer Support: Why This Dating App Migrated to Stream Chat From an Alternative Chat Provider

After a subpar experience with another chat SDK provider, Dare Olatoye, co-founder of the dating app Trueflutter, turned to Stream to integrate chat, voice, and video into his rapidly growing product. 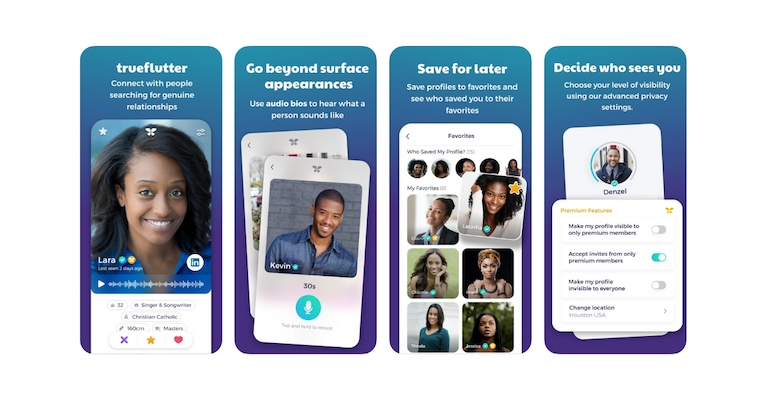 Online dating in the United States is big business. An estimated 1,500 apps are available for download on Google Play and the Apple App Store, and studies suggest that by 2024, 53.3 million Americans will use internet dating services. Online dating options abound, with many apps supporting different interests, geographical locations, and religious values.

But while American apps cater to the needs of American daters, they often fail to serve countries with different dating cultures. This disparity sparked Dare Olatoye, along with his brother Ayo Olatoye, to co-found Trueflutter, a dating app specifically designed to help Africans make authentic connections online. “Western-built dating apps aren’t well suited for the 1.2 billion people living on the African continent because there’s a massive socioeconomic, religious, and ethnic divide,” explains Dare Olatoye. “Many people are only interested in dating 5-10% of the population because people tend to want to date others who come from the same background. Western-built dating apps typically don’t have features to enable this.”

The Olatoye brother’s vision for a new dating app included powerful filters to help users find an optimal match, audio bios for nuanced and more personal profiles, and an in-app chat with voice and video components for meaningful online connections.

Dare knew that integrating communication software components from a third-party provider was the best move for his product. Building a chat solution that also had voice and video functionality would have tapped out his in-house developers and limited them from focusing on creating a beautiful, intuitive app for Trueflutter users.

Stream stood out as an optimal tech provider due to superior scalability and a flexible pricing model that made sense for the startup, which launched in January 2021. “We needed something very scalable that wouldn’t break when we start to add hundreds of thousands of users,” says Dare. Currently, Trueflutter has about 12,000 users on the platform, most of which are located in Nigeria. This year Trueflutter plans to expand the product into Ghana, Kenya, and South Africa. “Within the next seven months, we hope to ramp up to 500,000 users,” he says.

When his developers had hiccups while integrating the Stream Chat API, Dare engaged the help of Stream’s customer service team. He had a positive experience, to say the least.

“Stream’s support staff are rockstars,” says Dare, who adds that he received a high level of personalized attention to get the API working optimally in his product. “When it comes to support, when it comes to nimbleness and the ability to incorporate customer feedback, Stream is exceptional. Stream has my undying support and loyalty.”

Today, Trueflutter enjoys a seamless, high-performing chat, video, and voice functionality that enables daters to connect online without sharing their personal information such as phone numbers or email addresses. Additionally, Dare appreciates Stream’s rich set of moderation tools, such as block lists, to help keep Trueflutter a safe place for singles to match and chat with each other before meeting up in person. Features such as emoticons, direct messages, and threaded messages help make Trueflutter a best-in-class online dating experience. 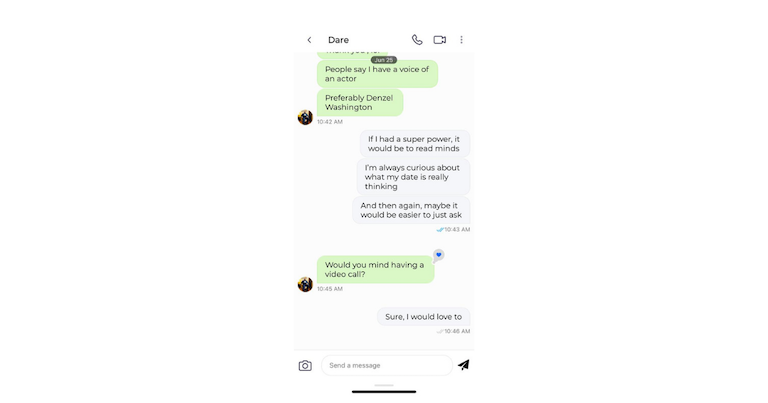 As Trueflutter widens its reach into other countries, Dare is confident that Stream will continue to be a trusted partner. “A great product combined with a great support team is just phenomenal. Stream is perfect for anybody who is looking to scale, or looking to quickly build a product with exceptional chat features,” he says. “I would definitely recommend Stream to any company interested in adding chat to their product.”

Ready to see how the Stream Chat API can help add must-have messaging functionality to your product? Activate your free Chat trial today.