Integrate these top dating app APIs to help take your dating app to the next level. 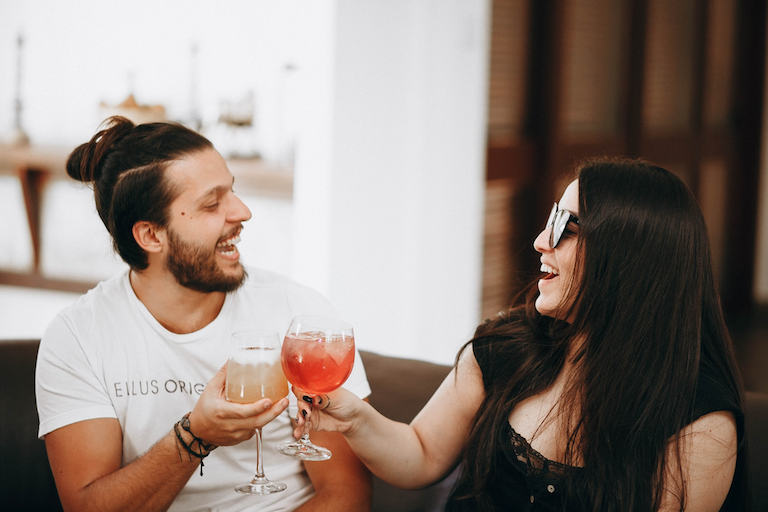 Dating app usage is at an all-time high. In 2019, half of Americans ages 18-29 and 38% ages 30-49 used a dating app at least once. To meet growing demand, over the past two decades dating app companies expanded from just a few early options, such as Match.com and eHarmony, to over 1,500 dating apps differentiated by common interests, lifestyle, religion, age, values, and more. (FarmersOnly, for example, is a dating app for those who enjoy rural life; Dig is a dating app for people who love dogs.)

While there are many dating app choices, most users expect top-performing apps to have core features that allow them to create and view profiles, filter matches based on age and sexual orientation, search for nearby singles, and, integrally, send and receive in-app messages to others without revealing their personal contact information, like their phone number. Increasingly more dating apps are also incorporating in-app video chat for matches to see if there is chemistry before meeting up in person, and machine learning-enhanced image moderation capabilities to flag inappropriate content.

Rather than build essential dating app functionality from scratch, efficient developers often integrate application programming interfaces (APIs) into their apps. Depending on the type of API used, developers can launch new features with speed, make online dating safer and more enjoyable, and even incorporate datasets such as daily horoscopes and love calculators to add levity to online dating. (Dating is, after all, supposed to be fun.)

Consider integrating the following APIs into your own dating app to take it to the next level.

Some of the most popular dating apps, such as Bumble and Badoo, leverage image detection APIs to understand how certain profile images impact connection rates. Data scientists can use this information to provide dating app tips to their users. For example, Bumble found that users who wore sunglasses in their main profile picture received fewer likes than those who didn’t wear sunglasses.

The following image detection APIs can help your dating app classify image content, and provide a rich dataset to your company’s user success teams. These APIs are also useful in detecting and flagging explicit images that may tarnish your app’s reputation.

Amazon Web Service’s Rekognition API is a scalable solution that identifies objects, people, text, scenes, and activities in images and videos. The API can decipher facial attributes such as gender, whether eyes are open or close, general emotions (such as happiness), glasses, facial hair and more in images. Inappropriate content moderation capabilities are also supported.

Over 50% of dating app users say proximity is a non-negotiable factor when filtering potential matches, as most people don’t want to enter into a relationship with someone who lives far away. Incorporate a geolocation API into your dating app to identify the neighborhood and cities where singles live to populate nearby matches, and improve your app’s user experience.

The Apple MapKit API is a popular way dating apps can identify the general area users are located to filter matches. In addition to many capabilities, the MapKit API can embed maps directly into your app’s window, which allows users to manually create and see a distance radius for potential connections.

Google’s Geolocation API automatically populates a user’s location based on nearby cell towers and WiFi nodes. The API’s communication is done over HTTPS and POST. Google’s API is capable of extremely accurate locating, but it’s a good idea for dating app developers to obscure a user’s exact location for privacy and security reasons.

Dating app users could use an external video conferencing tool such as Zoom, Google Meet, or Facetime to digitally connect before they meet up in person. But these options require sharing information such as your phone number or email address, which app users may not want to give out to someone they don’t know.

Increasingly more best-in-class dating apps are incorporating face-to-face video conferencing APIs that protect users’ privacy to augment in-app chat APIs. For example, Tinder, which launched its video chat feature in October 2020, reports 50% of its users had a video call using their integrated tool. It’s a good idea to include “ground rules” users must agree to before each video call (i.e. keep it PG).

Bonus: An integrated video chat API keeps users engaged in your app for longer, which will improve your app’s key metrics.

Mesibo’s Video & Voice API contains dating app-specific features that will help your users feel safe and respected. For example, Mesibo supports paired/associative video chat that only allows communication if both parties agree to chat, location-based matching, and the ability to hide contact details via creating an alias. Jitter buffers and acoustic echo improve video quality in poor network or loud environments. Integrates with just a few lines of code.

An API that looks to the stars for love guidance, Astrology API leverages the mythology of either vedic rishi astrology or western astrology to offer cloud-based, white-label dating insights. Available in eight languages.

MEi’s Crush Detector API uses artificial intelligence to help dating app users decode text messages from potential love interests. After analyzing text, the API returns either “sympathetic friend” or “passionate lover” back to the user to identify if the relationship will end up being platonic or romantic.

Help users import photos, videos, and information from their Instagram accounts into their dating app profile using Instagram’s Basic Display API. This HTTP-based API is ideal for dating apps, because it gives singles a sneak peek into a user's life outside of dating. Note: This API is not intended to help users login to a dating app using their Instagram username/password. To authenticate users for login, use Facebook Login.

Simple and fun, the Love Calculator REST API allows dating app users to enter their and their crush’s first name, and learn if they are meant to be together.

Use this list of top dating app APIs as a launching pad for building your dating app. In addition to adding the essential features most dating app users expect, these APIs can also help make your app stand out from the hundreds of dating apps currently available for download. It’s worth noting that popular dating apps — such as OkCupid, Tinder, Bumble, Match, and Hinge do have their own specific APIs. But many if not all of these popular dating app APIs are not publicly documented (likely for security reasons).

As communities contend with mitigating the ongoing global pandemic, many singles will continue to turn to dating apps instead of crowded venues where people historically gathered to meet, such as bars, restaurants, concerts, and parties. Dating app usage will likely increase over the next decade, and the market for top-performing apps will expand.