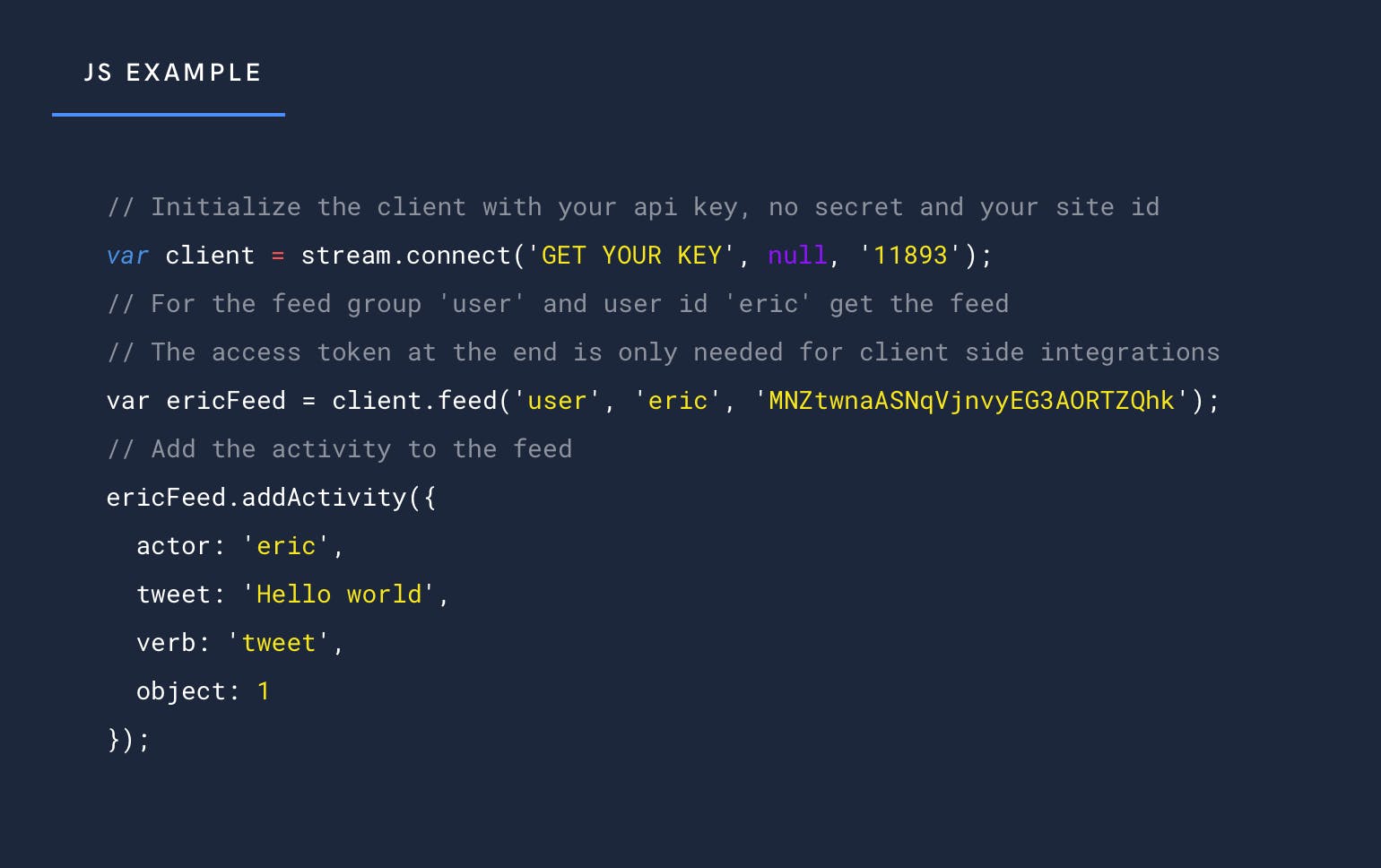 Working with the Stream API in the Python language

Python is a powerful, mature coding language that is easy to learn and has a very strong following across web, systems and scientific developer communities.

When it comes to building large, performant and reliable web applications, Python is a solid choice. It’s trusted by developers at the largest of tech companies like Google, Facebook, Instagram, Twitter, and Uber. We use it heavily at Stream.

As a language, Python is somewhat unique in that it uses whitespace and indentation rather than semi-colons and brackets to delineate code-blocks. These syntax rules and other popular style conventions lead to more concise code. It’s also argued that this characteristic makes it easier to read and therefore learn the language.

For the web, the vast majority of developers have migrated to two popular frameworks, Django and Flask. Plenty of teams also create “from scratch”.

For deployment and hosting there are a myriad of options with Python. Heroku and Google App Engine are popular platform hosts while there are always the go-to options of Amazon Web Services, Azure, Digital Ocean, and Google Cloud Platform.

Our Client API for Python is stream-python.

Continuous integration is via Travis and we publish to the Python Package Index. Contributions in the form of issues, feature suggestions and pull requests are most welcome.