In this tutorial, we will develop a desktop chat app from scratch using Flutter and Stream Chat. Our application will be fully responsive and scale to both mobile and desktop devices. 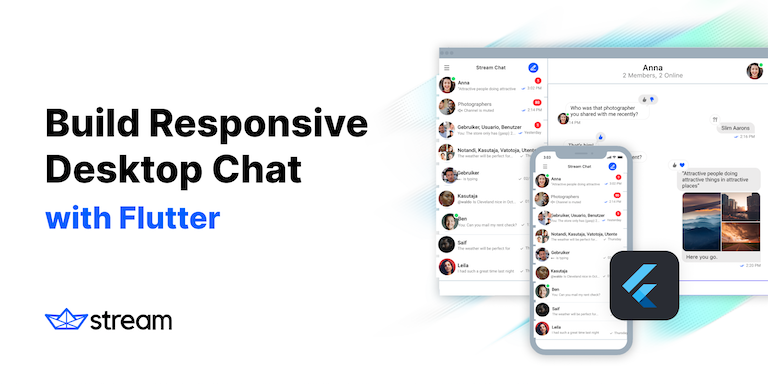 In today’s world, chat or instant messaging apps have completely superseded traditional text messages. We all use chat app to communicate with the people around us due to the capability of the chat application to provide features such as message read receipts, user presence, reactions, typing indicators, etc. As a result, users enjoy and hardly think of using anything else to connect informally.

Most of the chat apps are available to use on mobile, but sometimes you may also need the desktop version for the same. For example, while working on your laptop/computer, you may be putting your mobile at rest so that it allows you to focus on your work. You may also want to share/download some files directly from/to your machine. In all such situations, you strongly need a desktop chat app.

In this tutorial, we will develop a desktop chat app from scratch using Flutter and Stream Chat. Our application will be fully responsive and scale to both mobile and desktop devices.

To develop a fully-featured chat app, you will need to get the following things.

Before we add chat, we first need to get our desktop app running. Let’s start by creating a basic application using Flutter.

Note: The desktop support in the stable channel may have some issues. To try the latest changes/fixes, you can switch to the beta channel.

Although the desktop support is available in the stable channel, we will still need to enable it using the below command in the terminal.

For your case, it can be any of the below based on your OS.

Once enabled, you should see your OS as the target platform like this:

Creating a new project is pretty simple and straightforward. If you are using Android Studio, Here are the steps.

You can also try creating an app using the below commands.

Select the OS as the target platform and hit the run button. You should see the default counter app like this:

You can also launch the app from the command line like this: 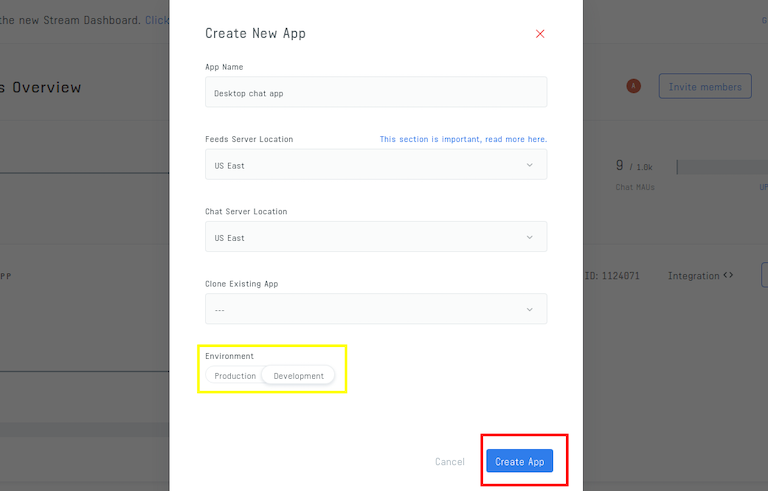 Note: It always a good practice to set the "Environment" to "Development" while working on the app and switch to "Production" when going live.

Predefined widgets such as ChannelHeader(), MessageListView(), MessageInput() from the Stream library is used to build a chat page. And finally, its time to run the app, and it looks like this:

Tip: You can change the whole theme of the app, including the Stream’s predefined widget, by providing the ThemeData() to both MaterialApp() and StreamChat() widget like this:

If you carefully notice the app, it looks like the mobile UI is portrayed on a larger screen. There is an unsightly gap between channel name and time. So we need to rethink how it will look when the UI is rendered on a widescreen. The app should respect varying screen sizes and provide different UI/UX for a rich experience. Here’s how we will try to show the UI on both small and large screens. 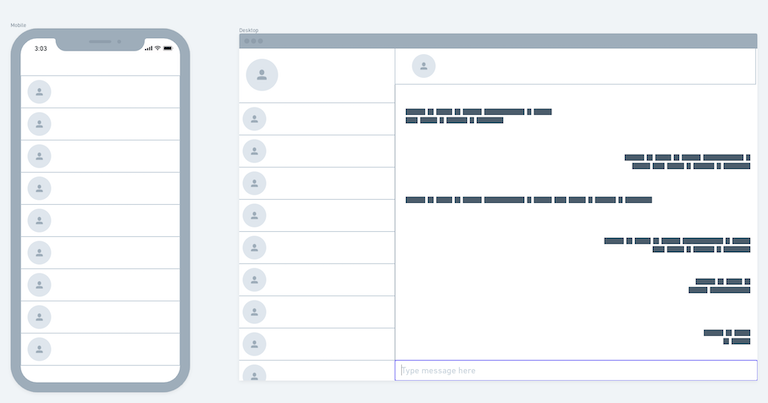 Desktop apps generally have a larger screen than mobile. As you can see in the figure above, when the app is run as a desktop app, we will represent the UI in the "Master-detail layout". In the "Master-detail layout", the listing of items is shown in the left panel, and the details of the items are presented in the right panel. In our case, the list of channels will be on the left side, and the channel page containing the conversation will be shown on the right side. This way, more information is conveyed in less interaction from the user side.

So let’s add some code the handle the responsiveness:

The above class returns the LayoutBuilder. The LayoutBuilder widget’s builder function is called whenever the parent widget passes different layout constraints. When the screen resolution changes, it provides the constraints, which determines the width and provides various UI accordingly.

Here we wrapped the initial UI inside the ResponsiveWidget() and HomeLargeScreen() is provided as a widget to display on a large screen.

HomeLargeScreen() returns a Row having a channel listing on the left and a channel page on the right. The figure below will make things more clear.

That’s it! The full code can be found here.

In the end, we made a responsive Flutter UI that looks good on mobile and desktop devices. Using Stream's Flutter SDK, we added real-time messaging to our application in just a few lines of code.